The Surfer’s Path usually does a hurricane feature around this time of year. What’s really unique is that they have displayed images from all over the Atlantic Ocean, including Europe. Ireland looks like it went bonkers. Imagine scoring a hurricane swell at your nearest legitimate slab? I think more guys should chase hurricanes over there instead of the Caribbean. Actually, the Caribbean sounds nice right about now.

Anyway, you won’t want to miss the current Jan/Feb issue of The Surfer’s Path. New Jersey native Jay Alders has the cover with his painting Right Past the Light and there are a slew of Garden State surfers pictured within its pages. Former New Jersey resident, photographer Nick LaVecchia shares an awesome few pages describing his hurricane experience. Same goes for Steve Fitzpatrick. I am still enjoying the article. New Jersey seems to be everywhere.

I have to say the 2010 Hurricane Season was a labor of love… except I didn’t realize that until maybe yesterday.

My goal last fall was to pull a dynamite photo out of the 2010 Hurricane Season’s hat. In 2009, when I started pursuing surf photography I remember Hurricane Bill. What sticks out most for me was a photo of Peter Mendia at Jenks, snapped by D.J. Struntz for Surfing Magazine. Hopefully that’s not considered name dropping, I don’t know those guys. I’m a generally stoked individual when it comes to surf imagery; I loved that shot. I had my first published photo(in print) from that hurricane in Eastern Surf Magazine. I was pretty pumped, although it was just a lucky shot, that I wasn’t actually sure I should be taking (Think: me, greenhorn, and surf industry poaching paranoia. What did I know!?… I’m still not sure I do).

If you plotted my movements for about a month from late August – late September on a map, the New Jersey coast would dominate most of the track. Sandy Hook. Cape May. Monmouth and Ocean Counties. Ocean City. Multiply each by at least 2; try and plot your course. I slept on friends’ couches and floors, in multiple states. A couple of those map lines would delineate to and from the Northeast for a 3 day 2 night Igor Mission.

When you’re that busy you can’t imagine something else. Thinking back now, from 2011, I wonder what I was chasing? I appreciate the reminder of those times as we’re on the downswing (or is it upswing) of winter. I would not say I did some damage in 2010 but I am happy with my progress so far. I forgot how hard I’ve worked for it. 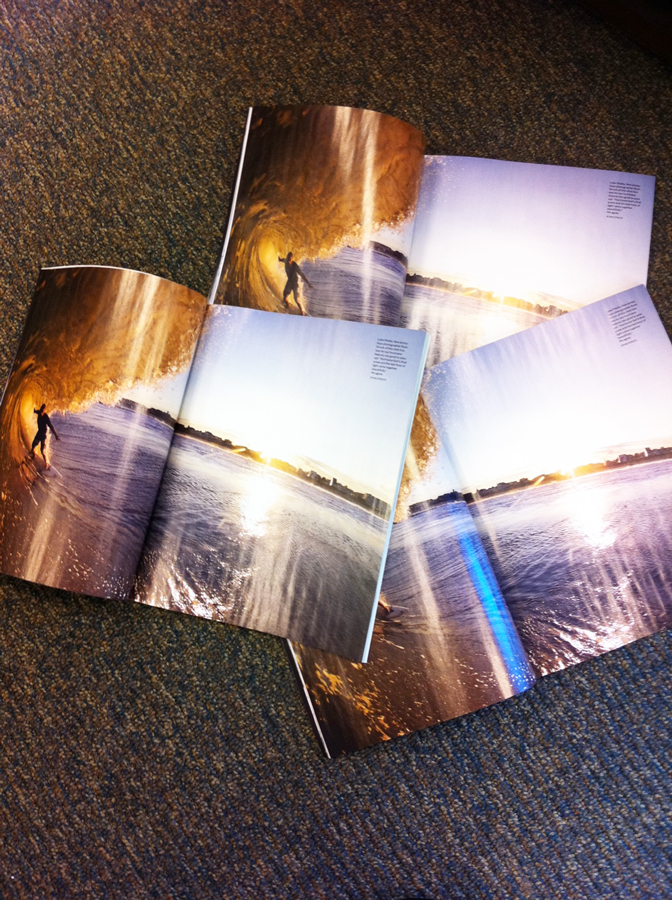 I am a self-taught Brooklyn based photographer. Earning a BA in History allowed me to investigate the things that have occurred in the world of which I knew nothing about. In that same spirit, photography allows me to be curious about the world and what surrounds us. I enjoy saving poignant moments through a visual medium, documenting lifestyle often fulfills this need quite nicely. I love what I do. When not at home shooting I can be found traveling in search of surf and inspiring natural lighting. My desire to capture images that help viewers imagine the instant the shutter clicked fuels my passion to combine beautiful light, people and places.
View all posts by Ryan Struck →
This entry was posted in Hurricane and tagged 2010, 2011, Action, Atwater, Canon 7D, Danielle, Earl, Editorial, Hurricane, Igor, Luke Ditella, New Jersey, Photographer, Print, Sports, Sunset, Surf, The Surfer's Path. Bookmark the permalink.

1 Response to The Surfer's Path