Don’t Call It A Comeback, He’s Been Here For Years 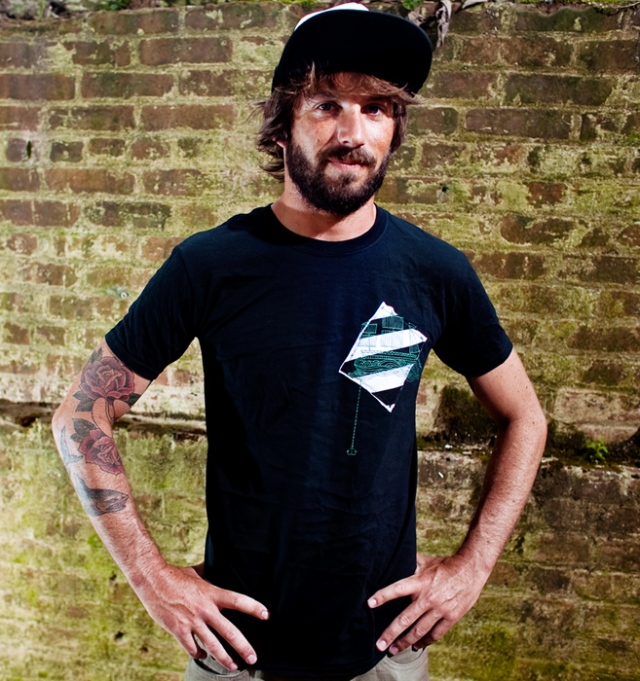 Dave started Generation Thirteen back in 2001 when he was just 19 years old, and the project came out of the basement. G13 experienced healthy growth with a committed group of supporters and admirers amongst a youthful demographic along the East Coast. “I was going to Marshalls and buying basketball jerseys that didn’t have any prints on ‘em and taking them and bringing them to a screen printer,” Dave explained. “The first couple… were absolutely awful. They looked like absolute dog shit. But people bought it, and people liked it, and it was nice.” Over the span of a half a decade G13 emerged as a name, and a logo, and an identity. It seemed to flourish at times, then sort of fade away- then pop back up on the radar. But then G13 was gone. It was like a good punk song that had kept coming up on your shuffle was suddenly no longer there. And you missed it.

After a dormant period G13 is back, and the boys are stoked. The notable thing about this relaunch is that while G13 experienced a temporary honey badger hibernation, Dave Sincox did not. Dave has been running a successful screen printing business – ALUMINUM HUMAN – throughout the majority of G13’s absence. He told me he also sold insurance, but I don’t buy that shit.

Dave has matured as a business owner and as an artist, and this time around he is taking Generation Thirteen in a more developed direction. “The logo still is the same, the name’s the same, but (we’re) not just plastering the logo all over the shirt. Instead were doing different types of art that I’ve seen over the years, that I’ve liked, and just trying a full-on new way of doing it.” The new shirts look great and reflect an organic quality that takes time to develop. Dave has a real eye for aesthetics and a unique way of collaging different colors, images, song lyrics, pop culture artifacts, etc. to create designs that are unique unto their components but share a common bond; like a child that doesn’t really look like either of its parents, but sure as hell is part of the family. G13 was always a solo project for Sincox, but he has now teamed up with a partner, Dan Culmone. “I took Dan on as a partner. He helped build my booth (boutique), actually he straight-up built my booth, and he has got a lot of really cool ideas.”

There is a crew of guys representing G13 on sticks; surfer Drew Meseck of Sea Bright and skaters Chis Anderson and Colin Keaton, to name a few. Lightly Salted Surf Shop will also be carrying G13. Dave is excited to be selective about the guys he is supporting and the shops that he will be selling from. In an ever more crowded world, he is looking for guys that stand out to represent a clothing company that stands out.

Sincox is no stranger to the clothing design industry, and is certainly no beginner in the DIY business world. He took risks to create his own company, he worked whatever jobs he could get to keep himself and his company going, and he ate some punches along the way. G13 took a backseat for a while, but the source of G13 never once quit, stopped or rolled over. Dave Sincox is in it for the long haul, and with a strong following and without the obligation to do whatever side job he had to do in order to maintain, we hope to see a lot more fresh G13 gear coming with him.

Generation Thirteen apparel is available at http://www.generationthirteen.bigcartel.com/ and at 35 3rd Avenue off Broadway in downtown Long Branch. 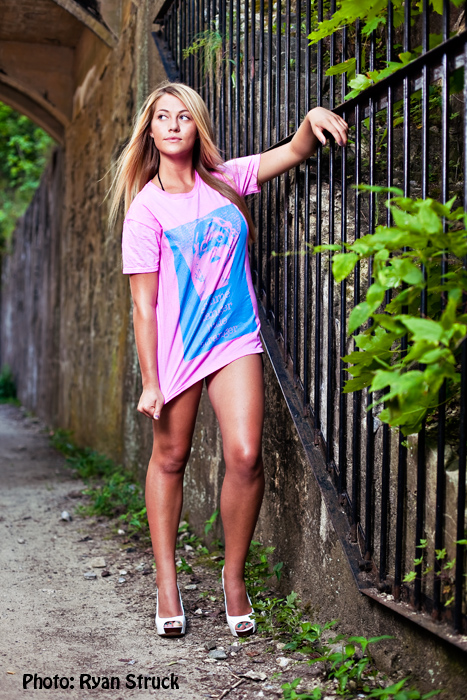 I am a self-taught Brooklyn based photographer. Earning a BA in History allowed me to investigate the things that have occurred in the world of which I knew nothing about. In that same spirit, photography allows me to be curious about the world and what surrounds us. I enjoy saving poignant moments through a visual medium, documenting lifestyle often fulfills this need quite nicely. I love what I do. When not at home shooting I can be found traveling in search of surf and inspiring natural lighting. My desire to capture images that help viewers imagine the instant the shutter clicked fuels my passion to combine beautiful light, people and places.
View all posts by Ryan Struck →
This entry was posted in Interview and tagged Aluminum Human, Clothing, Dave Sincox, G13, Generation Thirteen, Lightly Salted Surf Shop, Screen Printing, Tyler Vaughan. Bookmark the permalink.

3 Responses to Don’t Call It A Comeback, He’s Been Here For Years